Top U.S. defense officials delivered a rare and public rebuke of their ally, South Korea, yesterday. They accused Seoul of letting historical feuds with Japan jeopardize U.S. security cooperation in Asia. NPR's Anthony Kuhn reports from Seoul that this is a prime example of the challenges the U.S. faces in managing tensions between its two chief allies in the region.
UNIDENTIFIED PROTESTER: (Foreign language spoken).
ANTHONY KUHN, BYLINE: If you want to protest outside the Japanese Embassy in Seoul these days, you better get there early to make sure you get a space. On Wednesday, one group protested Japan's claims to disputed islands, while another warned of foodstuffs contaminated by radiation from the damaged Fukushima nuclear plant.
UNIDENTIFIED PROTESTERS: (Chanting in foreign language).
KUHN: "Apologize, apologize, apologize, apologize," the protesters chanted. Disputes over Japan's use of Koreans for forced labor before and during World War II have spiraled into a trade war, which has, in turn, spilled over into military matters. Speaking at the Center for Strategic and International Studies, a Washington, D.C.-based think tank, Assistant Secretary of Defense Randall Schriver upbraided South Korea for its decision to pull out of a 2016 intelligence sharing pact with Japan called the General Security of Military Information Agreement, or GSOMIA.
(SOUNDBITE OF ARCHIVED RECORDING)
RANDALL SCHRIVER: Historical disputes, animosities and political disagreements should be kept separate from shared vital military and security cooperation.
KUHN: Schriver said the U.S. had been blindsided by Seoul's pullout even though Seoul insists that Washington knew about it. Publicly, Seoul says that the U.S.-South Korean alliance is as strong as ever. In private, according to South Korean media, they told U.S. Ambassador Harry Harris that the U.S. should stop publicly reprimanding them. Other media, meanwhile, fretted about the unraveling trilateral alliance of the U.S., Japan and South Korea. But Cho Byung-jae, the former chancellor of the Korea National Diplomatic Academy, cautions... 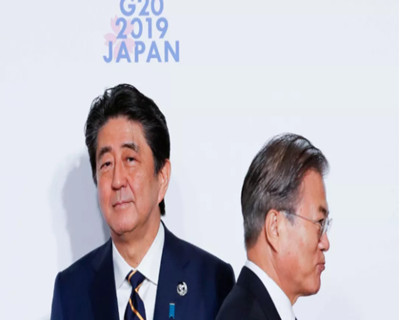 CHO BYUNG-JAE: There is no trilateral alliance. There are two sets of bilateral relations. You have to see the difference.
KUHN: In other words, Cho says, the U.S. has alliances with South Korea and with Japan, but mistrust has kept those two from forming their own alliance.
CHO: You know that GSOMIA was concluded by Japan and Korea quite reluctantly, but with the strong, strong backing from the Obama administration.
DANIEL SNEIDER: The United States has been trying to put Japan and South Korea into some kind of collective security structure for the region since the days of the Korean War.
KUHN: Daniel Sneider is an expert on U.S. foreign policy in Asia at Stanford University.
SNEIDER: And we have never succeeded in doing that because the two countries simply will not participate in anything that even resembles a military alliance.
KUHN: That's one reason the U.S. has been unable to replicate NATO in Asia. But Sneider notes that the pact has allowed Seoul and Tokyo to share data on North Korean missile launches directly without having to go through Washington.
SNEIDER: When you're dealing with missile launches and intercepts, seconds matter.
KUHN: Cho Byung-jae says that this is the time for the U.S. to show leadership by carefully managing ties with Tokyo and Seoul and articulating a clear security policy for Asia. Instead, he says, the Trump administration has threatened to withdraw U.S. troops from South Korea and demanded that Seoul pay a lot more money for the cost of basing U.S. troops there.
CHO: What is the exact cost of the peace? How much money? How can we interpret that in terms of dollars?
KUHN: Washington is urging Seoul to reconsider its decision to pull out of GSOMIA, which expires in late November.
Anthony Kuhn, NPR News, Seoul.